The Bible tells us that when Christ established the New Testament Church through the Apostles, the leadership of the local church was entrusted to specially appointed men called Pastors. While the Pastors, sometimes referred to as “Elders” and “Shepherds,” led through teaching the truths of the faith, other men were then appointed as Deacons to help them serve the church by taking care of the material needs of the people and the ministry. Morningview is led in exactly the same way. You can read about Morningview’s current Pastors and Deacons below.

Shawn was born and raised in the deep south — Orlando, Florida.  He became a believer after his first year of college and received God’s call to ministry three years later.  He obtained his Bachelor’s degree from the University of Central Florida in the Fall of 1993, his Master of Divinity from Southern Seminary in 1997, and his Doctorate of Philosophy from Southern Seminary in 2003. Prior to coming to Morningview in 2006, Shawn served churches in Florida and Kentucky, and he also served as an adjunct Professor of Expository Preaching at Southern Seminary. Shawn enjoys reading, sport-shooting, traveling, and time with his family. He is married to his high school sweetheart, Lisa, and they have eight children – Grace, John David, Josiah, Faith, Joy, Charity, Hope, and Joel.

You can follow Shawn’s sermon podcast in the iTunes store or by clicking here. 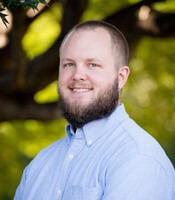 Jon English was born in Apple Valley, California. However, having lived in the area since seventh grade, he calls Montgomery home. He has earned a Bachelor’s degree from Auburn University in Montgomery, a Masters of Divinity from Southern Seminary,and a PhD in Systematic and Historical theology at Southern Seminary. Prior to serving at Morningview, he served various churches and para-church organizations in Alabama and Kentucky, and is currently an Ecclesial Fellow with the Center for Pastor Theologians. Jon English enjoys reading and scuba diving. He and his wife, Rebekah, have three sons: Jonny, Jack, and Graham, and have fostered many others.

You can read more of Jon English’s writings at jonenglishlee.com, or follow his sermon podcast in the iTunes Store or here. PASTOR OF STUDENTS AND YOUNG ADULTS

Jordan was born and raised in Slapout, Alabama. He was converted at the age of 13. He enrolled at AUM and has graduated with a Bachelor’s degree in Communications. He studied at The Southern Baptist Theological Seminary and graduated with Masters in Christian Ministry. Jordan has attended Morningview since 2008 and has served in multiple capacities at Morningview and other churches and church affiliates. Jordan enjoys games, a good movie, fellowship with church members, and reading. 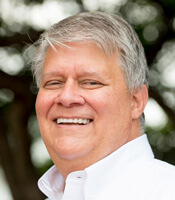 Billy was born in Montgomery, Alabama and became a member of Morningview as a 12 year old. He currently teaches Adult 3 Sunday School, serves on the Global Missions Advancement Team, and sings in the choir. He is a Partner in the public accounting firm of Aldridge, Borden & Company, where he has served for 39 years. He is married to his wife (Brucie) and has two grown children (Emily & Tanner) and two grandchildren (James & Ellie Kate). He enjoys reading, traveling and sports.

Scott was born in Wetumpka and raised in Montgomery, Alabama. He has been a member of Morningview since January of 2009. He and his wife, Susanne, have two children-Harrison and Anna Grace. Scott received a Bachelor’s degree from Auburn in 1989, a Master’s of Education degree in counseling from Auburn in 1995, and a Master’s of Christian Education degree from New Orleans Baptist Theological Seminary in 1997. Scott is a counselor with Pathways Professional Counseling (a ministry of Alabama Baptist Children’s Homes), where he does counseling from a biblical perspective. Scott enjoys spending time with his family and friends, reading, Bible study, and sports. Cole Portis, one of our lay pastors, is a lawyer in Montgomery. He has practiced with the law firm of Beasley, Allen, Crow, Methvin, Portis and Miles since 1991. He earned his undergraduate degree from Auburn University and his law degree from the University of Alabama. Cole has been a member of Morningview Baptist Church since he was seven years old. Since 1998, he has been one of Morningview’s Adult Sunday School class teachers. Cole and his wife, Joy, are the parents of 10 children, seven of whom are adopted. Cole and Joy are passionate advocates of adoption and foster. They see orphan care as a living picture of the gospel. 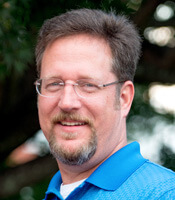 Rick grew up in a small town on the Mississippi Gulf Coast. He was blessed to be raised by believing parents in a home that was active in the local church. Though Rick made a profession of faith as a child, it was as a young adult that God opened his eyes to see his sin and granted him faith to believe the gospel. Rick married his highschool sweetheart, Tina, and they were blessed with two children, Caleb and Olivia. Rick’s career brought them to the Montgomery area in 2001 and soon after they joined Morningview where he has served in various teaching and leadership capacities. Rick’s vocational calling is working as an executive for an aerospace manufacturing company. He enjoys photography, automotive sports, and is an aviation enthusiast. Jim grew up in a small town in New York state. While he was attending navigator training with the Air Force, God used several circumstance to humble him and to bring him to eventually understand that he is a sinner whose only hope is Christ the Savior. God in His graciousness placed him in very sound church in Bossier City, LA as a new believer where he was faithfully taught the Word and saw it applied in the lives of those around him. During the next 20 plus years, God sovereignly through the Air Force moved Jim and his family to various locations and churches where they were able to be ministered to and by His grace minister to others. Jim and his family have been at Morningview since 2005. He and his wife Lynette have eight children. Jamani Warren was born and raised in Mobile, AL where he led a life of sin. His early religious exposures were in Catholicsm. After coming to Montgomery, Alabama to attend college at Auburn University at Montgomery, he graduated with a Bachelor of Science degree in Biology with a minor in Chemistry. Before leaving AUM in early 2000, he met his wife of now 15 years and they have together two beautiful daughters, Amani and Abigail Warren. Soon after college, he dedicated his life to the Lord Jesus Christ and expanded his Christology and Pneumatology through John MacArthur’s audio teachings. He served and taught high school Biology & Chemistry for 16 years before moving on to become an agent with New York Life Insurance. He and his family have now been members at Morningview Baptist Church for almost 8 years where he has served as a lay pastor for three years. He continues to lead those that God has given in his care to understand that the gift of knowing God is NOT OF WORKS, but by Scripture alone, by Grace alone, through Faith alone, in Christ alone, and to the Glory of God alone and that God came to save wretched sinners like himself and not for those who have a righteousness according to the law.

From the very beginning of the New Testament church, God raised up men to serve the material needs of the people and ministries of church in roles of Christ-like servant leadership. These men came to be known as “deacons.” As in the early church, deacons at Morningview serve alongside our pastors and lead our congregation in sacrificial service. If you spend any time at all with us, you’ll see our deacons doing everything from leading in prayer to visiting the sick to helping in the nursery. We are thankful to God for them and could not be who we are without them.

To contact our deacons, please email our deacon chairman.

Morningview Baptist Church exists to pursue intimacy with God above all else and to join Him in declaring His glory and advancing His Kingdom among all peoples.
More about us